We’re excited to welcome Alison Morton to the blog today.  She is the author of the Roma Nova series of alternative history thrillers.  As the first alt history writer we’ve had on the blog we thought we’d start by asking about that.  Over to Alison… 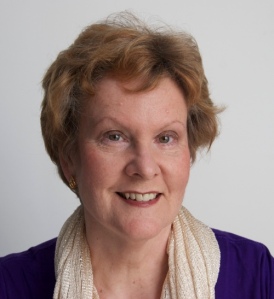 What is ‘alternate history’ and why did you want to write it?

It’s where the historic timeline has split at a ‘point of divergence’ in the past and the new timeline follows a different path from the one we know. Classic ones are what if the Germans had won the Second World War, or the Spanish Armada had succeeded in 1588? I sometimes wonder how English history would have developed if Elizabeth I had married and had children…

Sometimes, the change in history could have been caused by something quite small, but which eventually had a huge impact – the ‘butterfly effect’. In my Roma Nova books 400 Romans trekked north in AD 395 to found a new colony; their descendants survived into the 21st century and their existence has changed the rest of the world.

And why I wrote my thrillers in such a setting? I didn’t know you could change or ‘alternate’ the historical narrative until I read Robert Harris’ Fatherland. Perhaps my idea of a women-led modern Roman society could turn into a real story…

What gave you the original idea for the Roma Nova series?

I was 11 years old and on holiday in north-east Spain. Fascinated by the mosaics in Ampurias, I asked my father, “What would it be like if Roman women were in charge, instead of the men?” Maybe it was the fierce sun boiling my brain, maybe early feminism peeping out or maybe just a precocious kid asking a smart-arse question. But clever man and senior ‘Roman nut’, my father replied, “What do you think it would be like?”

That idea bubbled away in my head until the novel writing trigger was pushed in 2009. 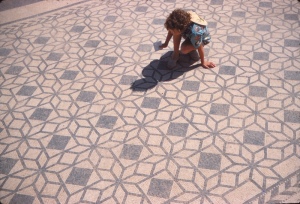 Have you always had a great interest in Roman history?

Yes! I think I clambered over every Roman ruin in Europe with my parents, but I loved it. So much that was left was elegant and solid; their history so concrete and purposeful.

As I grew older and studied the Romans more formally, I appreciated what a complex, clever and determined society they had made. ‘Rome’ in the West lasted for 1229 years – that’s the equivalent of from AD 785 to today. It passed from mud hut tribal subsistence farming to the heights of the Pax Romana with its rule of law, art and literature, trade, engineering, and ability to learn; Romans set the template for the western nations that emerged over the following centuries.

I don’t want to sound too much like the John Cleese video, but you get the idea I’m impressed! However, we should remember not everybody lived well, especially at the lower end of the social spectrum, but the majority of people had a standard of living that wasn’t achieved again until the nineteenth century.

How much research do you do for each book?
In my stories, the standard timeline had diverged 1600 years previously in AD 395. This gave me a known baseline of the end of the fourth century so I researched the social, economic and political conditions of that time. By then, much had changed, even the everyday stuff like coinage; solidi had replaced sestertii and denarii, for instance. Regional government was localising with ‘barbarian’ warlords acting less like client kings of Rome and more like autonomous leaders. The late fourth century was much less secure and prosperous than in the golden years of Vespasian’s or Trajan’s rule.

I had to consider what would seem important to the Roma Nova colonists in those transitional times: security, food, and hope, ultimately survival. Their core Roman values would have bolstered them and formed a social glue while they struggled for existence. Thus, I had to be sure what those values were and what Roman history was to that point. 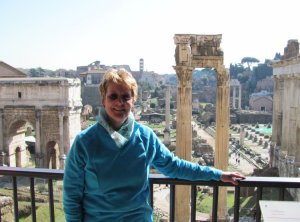 Why did you decide to self-publish?

I was getting full reads and ‘good’ rejections; “fresh, intelligent writing”, tight dialogue”, “good action sequences”, from agents and small publishers. I even had a full read from a US agent! Most concerns were about how to market “such innovative, high concept stories”.

My first book, INCEPTIO, had been through the RNA New Writers’ Scheme as well as other professional assessments. I was burning to get my stories in front of readers – they are the ultimate arbiters, so I investigated self-publishing.  I wanted my books to be have the higher possible production values and I opted for assisted publishing with SilverWood Books.

The main disadvantages of self-publishing are the terrible twins of visibility and discoverablilty, ultimately, of not being in the bookshops. The other one is bearing the cost of marketing. But the benefits are freedom, including the freedom to make horrible mistakes, but also to make decisions about your book at all stages, and the flexibility to choose timing to suit you and the proportion of your input into production.

What advice would you give any writer who is considering self-publishing?

Sleep a lot now because you won’t have any time once you start! Serious self-publishing is for the self-driven, but there is a lot of support out there whether you’re doing it completely DIY or using a publishing services provider. Two places to research options would be The Alliance of Independent Authors and The Independent Publishing Magazine.

Essentials include a properly designed cover, a thorough edit from an experienced and recommended editor and a well-formatted book. Readers hate trashy looking books and cannot abide bad formatting. Worst of all they are critical of overblown, ungrammatical prose, and rightly so.

As much as, or really more so than, traditionally published authors, self-published authors need to build a strong online presence. Even if you commission print books for local hand-selling or marketing purposes, the majority of your sales will be ebooks online. So start your blog now, open up a Facebook author page and get tweeting. I started my blog (www.alison-morton.com) on World Book Day three years before my first book, INCEPTIO, came out. When I launched INCEPTIO, I had a crowd of ready-made supporters to help me. But you may find you’re spending 50% of your time on promotion.

How do you go about promoting your novels?

What’s been your most exciting moment as a writer?

Can I have three? I really can’t choose!
– The arrival of the box of my first book, INCEPTIO. 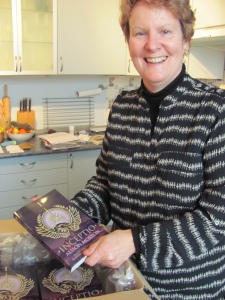 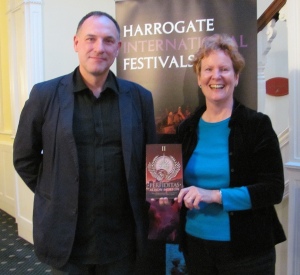 –  Broadcaster Sue Cook interviewing me at the launch of my third book, SUCCESSIO. 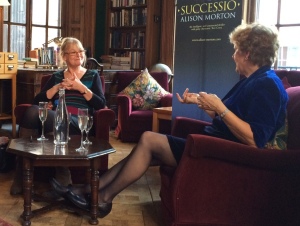 You can check out the video of the interview here

What are your future plans?

Well, I’m finishing the first draft of book 4 in the Roma Nova series, set in the 1960s and 1970s. Romance does not run smoothly for our new heroine…

Then there are two more planned in my head.

Thank you so much for having me on Write Romantics – do feel free to ask me anything you like about Roma Nova, research or self-publishing here or via my site www.alison-morton.com

Alison Morton writes Roman-themed alternate history thrillers with strong heroines. She holds a bachelor’s degree in French, German and Economics, a masters’ in history and lives in France with her husband.

INCEPTIO, the first in the Roma Nova series, which was also shortlisted for the 2013 International Rubery Book Award, and PERFIDITAS, the second in series, have been honoured with the B.R.A.G. Medallion®, an award for independent fiction that rejects 90% of its applicants. INCEPTIO and PERFIDITAS were shortlisted for Writing Magazine’s 2014 Self-Publishing Book of the Year Award. Alison’s third book, SUCCESSIO, which came out in June 2014, was selected as the Historical Novel Society’s indie Editor’s Choice for Autumn 2014 and has also been awarded the B.R.A.G. Medallion.

Connect with Alison on her blog http://alison-morton.com/blog/

You can buy the Roma Nova series as follows: 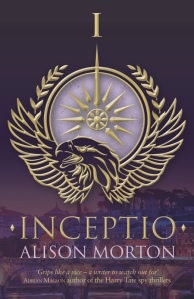 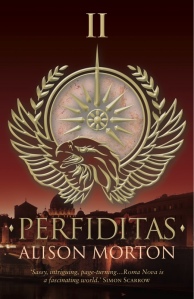 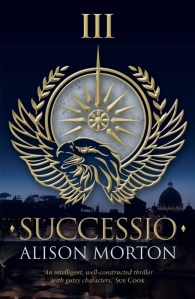 16 thoughts on “Saturday Spotlight: Alison Morton on Romans, self-publishing and the butterfly effect”