As part of our series on this topic, we’ve asked Rhoda Baxter to join us today and share her experiences.  Today is also publication day for Rhoda and there’s more information about her new book, Girl in Trouble, at the end of this post.  So I’ll hand over to Rhoda to explain more… 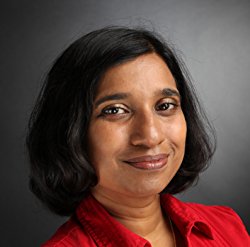 Other People Will Read My Books (and have opinions about them)
You’d think this would be a fairly obvious. At some level, I knew this was going to happen, but I wasn’t prepared for the sheer awesomeness of it.
When my first book came I braced myself for negative reviews. What I didn’t prepare for was positive reviews. It somehow escaped me that it was possible for someone I didn’t know to read my book and like it. When I got my first review (which was a lovely 4 out of 5 stars) it was hard to process and I burst into tears.
There have been other reviews, good, bad and indifferent for my books since then and I still have a little fizz of excitement that the thing that was once existed only in my head has now moved, via screen or print into someone else’s head.
One of the most amazing experiences of my writing life was when two colleagues from my day job started arguing about two of my characters as though the characters were real people. Obviously, I feel my characters are real people. I lived with them in my head for a year and I know them pretty well, but to hear someone else discuss them in that way… mind blowing. Also, very cool.

You have to learn about Marketing
I used to think that selling books was about quality. If you write a good book, it will sell itself. Er … no. A good book with no marketing will sink without a trace. A bad book with good marketing, might sell well. The holy grail is a good book with good marketing. I can write. I spent years learning how to do that and I’m improving with each book. But marketing? I knew absolutely nothing about that.
I had assumed that publishers would take care of all that. Maybe, in the dim and distant past, they did, but now they are so stretched and the world of book selling is so competitive, they can’t do all that much.
So now I’m reading marketing books and trying to learn this voodoo that is marketing. One day I might even get the hang of it.

There will be more ideas 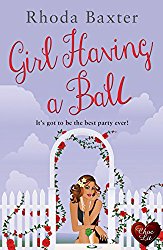 It took me three years to write my first book, I thought that was the only book I would ever write. It was, as my first NWS reviewer said, clearly a book of my heart. Write another, she said. Write something you’d read for fun. I had a moment of panic. I’d had my idea. That was it. Story written, that idea was now tied down. How did I find another one? How did you get the muse to strike again? As every wannabe writer asks whenever they get the chance where do you get your ideas from?
I eventually dug out an old idea (and I mean really old, I’d started writing it as a teenager). It was a weak, thin fragment of a thing. All I really had were two characters, one male, one female. She was cooler than he was. Not much of a story, really. I gave him a problem (he wanted a promotion at work). I gave her a problem (she’s hiding from something). I drafted a plot – thin and weak, but it was a start – and sent it to my writing partner. She came back with a load of questions. Slowly, slowly a plot emerged.
Writing book 2 taught me that ideas rarely come to you fully formed. They take work. This was a liberating thought. All those pathetic looking fragments of ideas have the potential to be fully fledged. I may not have many fully formed story ideas, but I’ve got TONS of unformed storylets.
Nowadays I look back at the Where Do You Get Your Ideas From terror of a few years ago with amazement. These days, my problem is not the lack of ideas. It’s deciding which of the half formed storylets that are clamouring around in my head should be developed next.

I got my head around the fact that you need to network to succeed in this business (thank you Sue Moorcroft for that invaluable piece of advice). I’d always thought of networking as a tedious, superficial thing. Now, several years on, I have a circle of writer friends whom I’ve met only because of my writing. Most of them are members of the Romantic Novelists Association. They are personal friends now and we talk about all sorts of things that have nothing to do with writing. Joining the RNA was probably one of the best decisions I ever made – not just for my writing, but for my happiness in general. 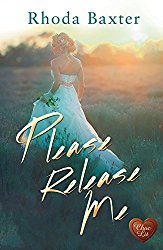 I’ve written bits of stories since I was a child and I thought I knew how to write. In my mid twenties, after I’d handed in my PhD and got a real job, I thought I’d start writing fiction again. I found the BBC Get Writing site. It was a great place where experienced writers mentored newbies and gave good (sometimes harsh) feedback. I learned how to write at sentence level. I learned about the really important basics like word choice and impact and rhythm. I practised it and practised it until it sank into the bone. My writing improved.
Then I started hanging around the Harlequin message boards. I learned about plots and character arcs, black moments and denouements. I joined the RNA – where I learned even more about theme and resonance and plot. Each of these lessons have made me a better writer. I still read books on writing and go on courses. Essentially, I’m still learning how to write better. The day I stop learning is the day I’ll stop improving. That’s not going to happen any time soon.

Girl In Trouble – Published today! On special offer of 99p until 15th October! 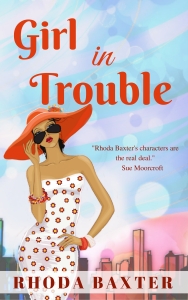 When the things that define you are taken away, do you fight? Or compromise?

Grown up tomboy Olivia doesn’t need a man to complete her. Judging by her absent father, men aren’t that reliable anyway. She’s got a successful career, good friends and can evict spiders from the bath herself, so she doesn’t need to settle down, thanks.

Walter’s ex is moving his daughter to America and Walter feels like he’s losing his family. When his friend-with-benefits, Olivia, discovers she’s pregnant by her douchebag ex, Walter sees the perfect chance to be part of a family with a woman he loves. But how can Walter persuade the most independent woman he’s ever met to accept his help, let alone his heart.

Girl In Trouble is the third book in the award nominated Smart Girls series by Rhoda Baxter. If you like charming heroes, alpha heroines and sparkling dialogue, you’ll love this series. Ideal for fans of Sarah Morgan, Lindsey Kelk or Meg Cabot’s Boy books. Buy now and meet your new favourite heroine today.

Girl in Trouble is on special offer at 99p until 15th October, after that date the price will increase to £2.99. If you buy the book before the 15th of October you will also get a book of short stories and a companion recipe book (containing recipes from the prequel Girl Having A Ball) absolutely free.

Rhoda Baxter writes contemporary romances with heart and a touch of British cynicism. her books have been nominated for a variety of awards. She lives in Yorkshire with her young family and is on a mission to have afternoon tea in as many cake shops as she can.